Alleged husband snatcher, Rosy Meurer has insisted that she was not dating Olakunle Church hill while he was married to Tonto Dikeh.

The 29-year-old made this known during a question and answer session on her Instagram page after a curious follower asked if she was truly dating Churchill while he was still married to Tonto.

According to Rosy, the speculations and rumours about her are not true.

“Nothing of such ever happened.”

Another follower also asked what prompted her decision to snatch her best friends husband.

“I don’t have a best friend! Never had any sort of relationship… Take note”

Recall that a few days ago,  Churchill announced publicly that Rosy who was his P.A is now his wife.

Rosy Meurer and Tonto Dikeh used to be best of friends before she (Tonto) married Churchill in 2015. 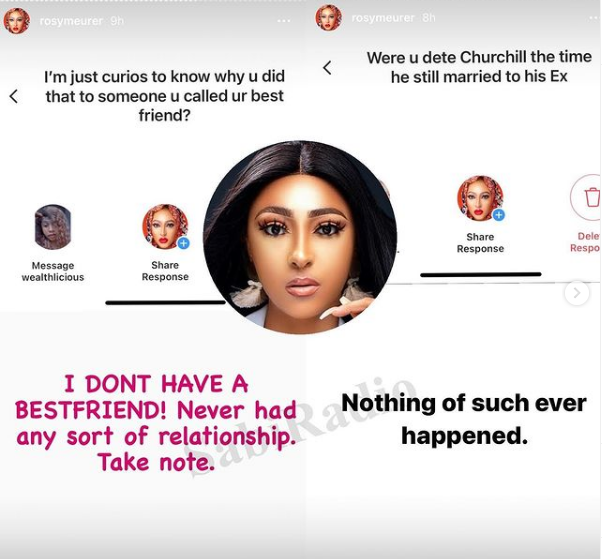 Tonto Dikeh Surprises Her Son, King Andre By Gifting Him A Real ‘STAR’ For His 5th Birthday

Bloodbath, Abductions in Niger: Buhari Told to Declare State of Emergency on Security