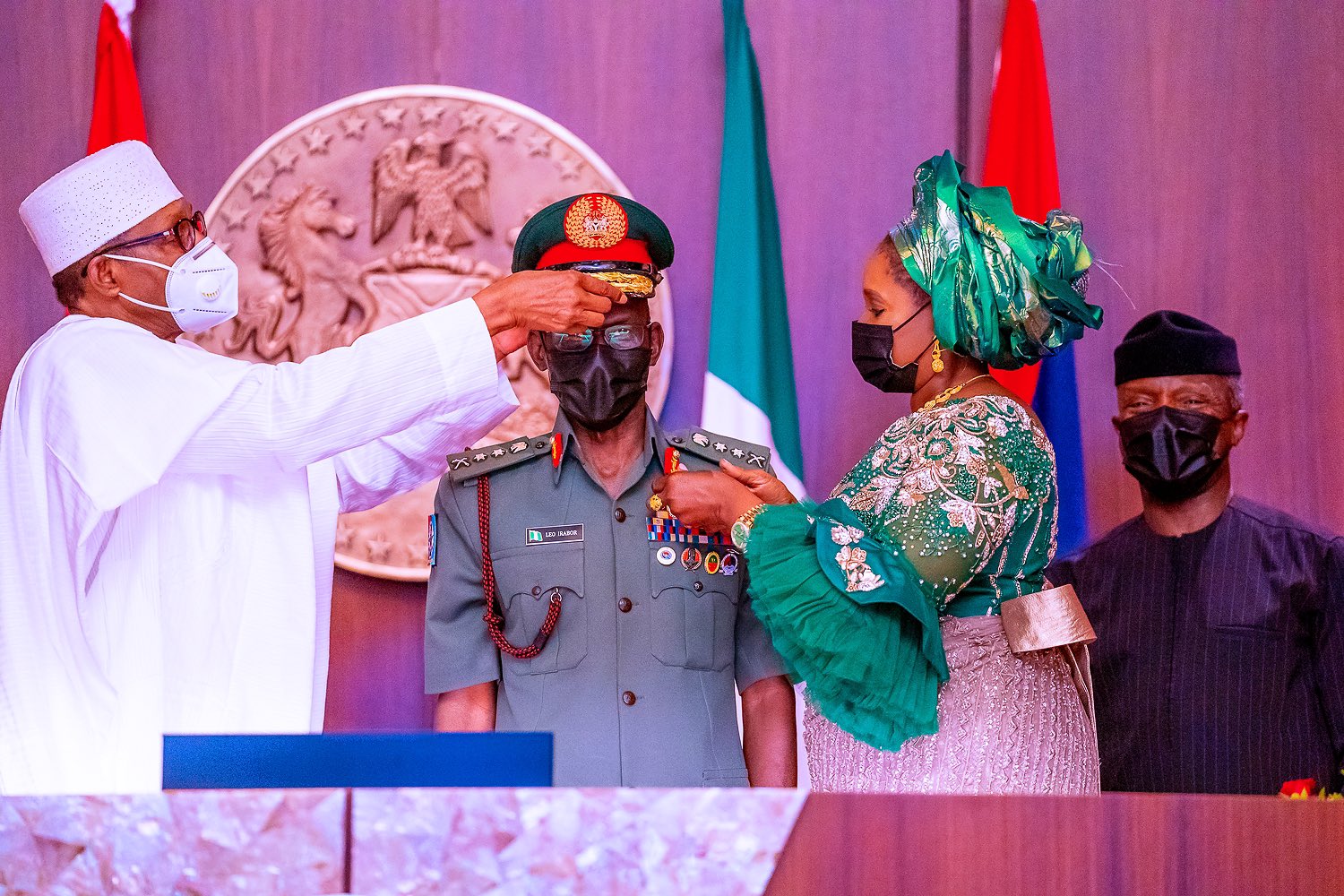 The ceremony which held at the Aso Rock Presidential Villa in Abuja follows the confirmation of the service chiefs by the National Assembly earlier in the week.

The President was assisted by his deputy, Vice President Yemi Osinbajo, and wives of the decorated military chiefs.

Speaking during the event, President Buhari charged the service chiefs to identify competent officers they can work with to secure the country.

He added that as the Commander-In-Chief, he would give them 100 percent backing on any action taken to secure Nigeria.

In his words; “I have charged the new Service Chiefs to keep in mind that the nation is looking to them for rapid relief. They must identify competent officers irrespective of seniority and paper qualifications, and work with them to secure this country. As C-in-C I am backing them 100 percent.

As I assured at our last security meeting, I have taken responsibility as C-in-C for them to go out into the fields and every part of the country, to ensure peace and security. I have accepted responsibility for all actions taken in fulfillment of the mandate to secure Nigeria.” 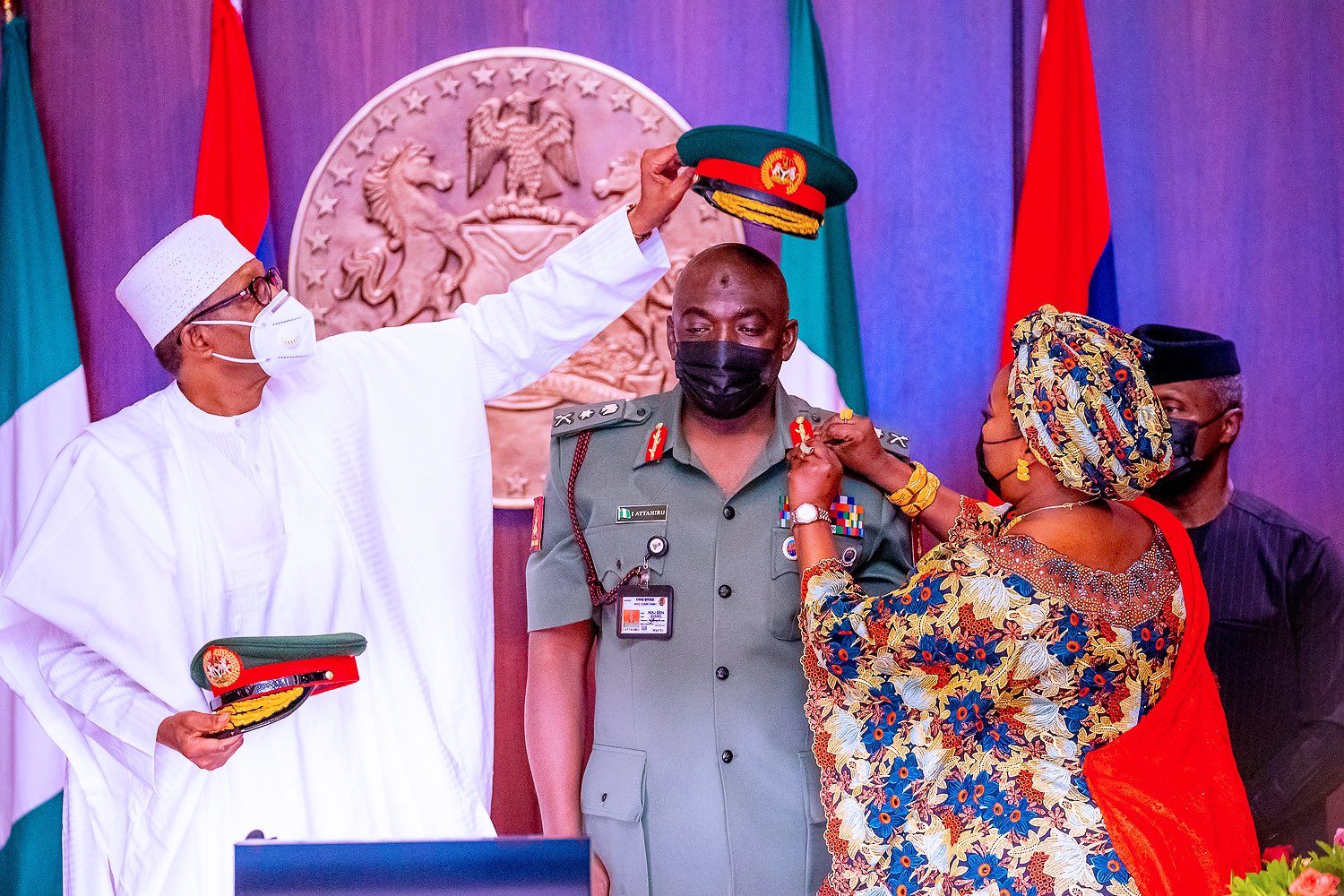 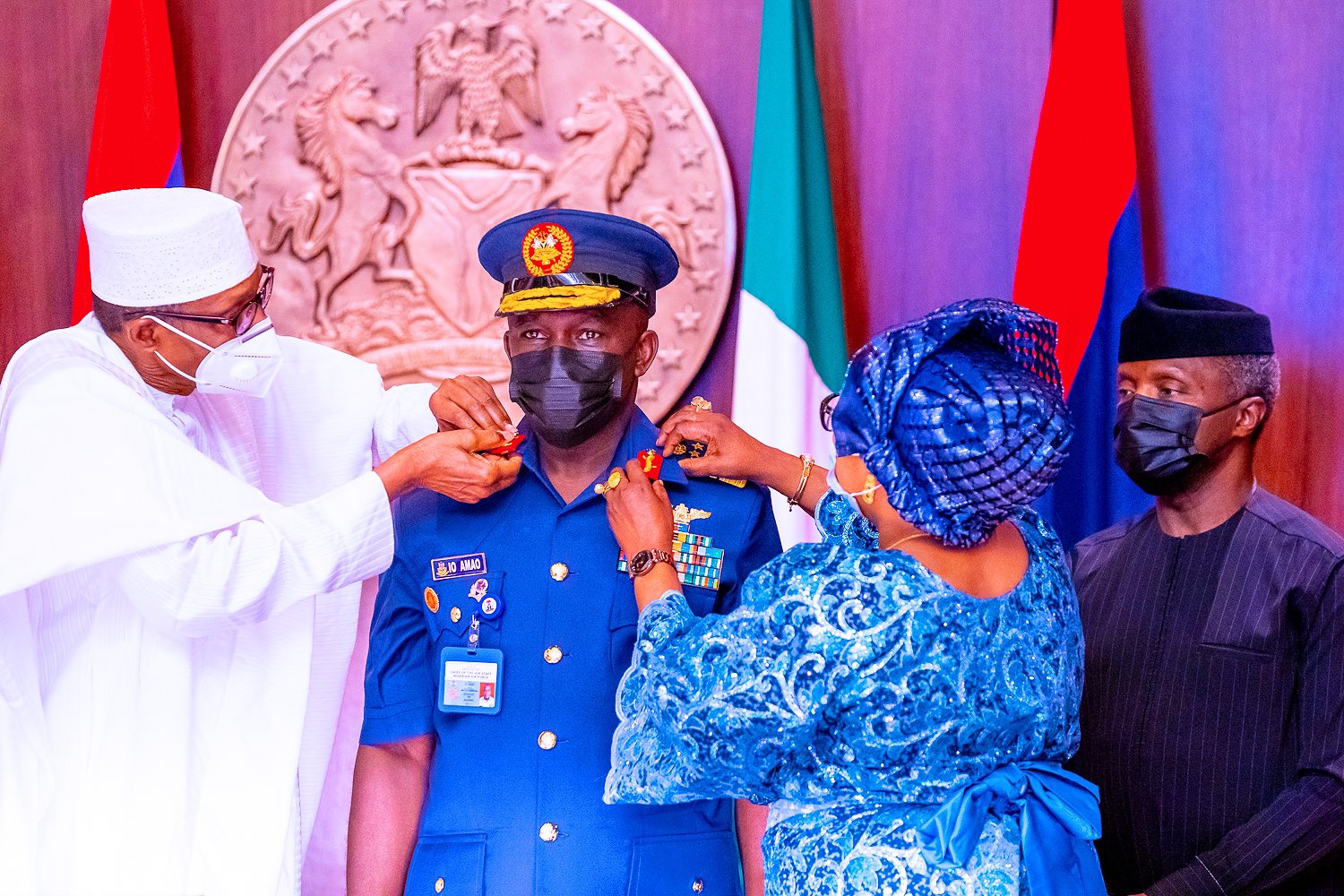 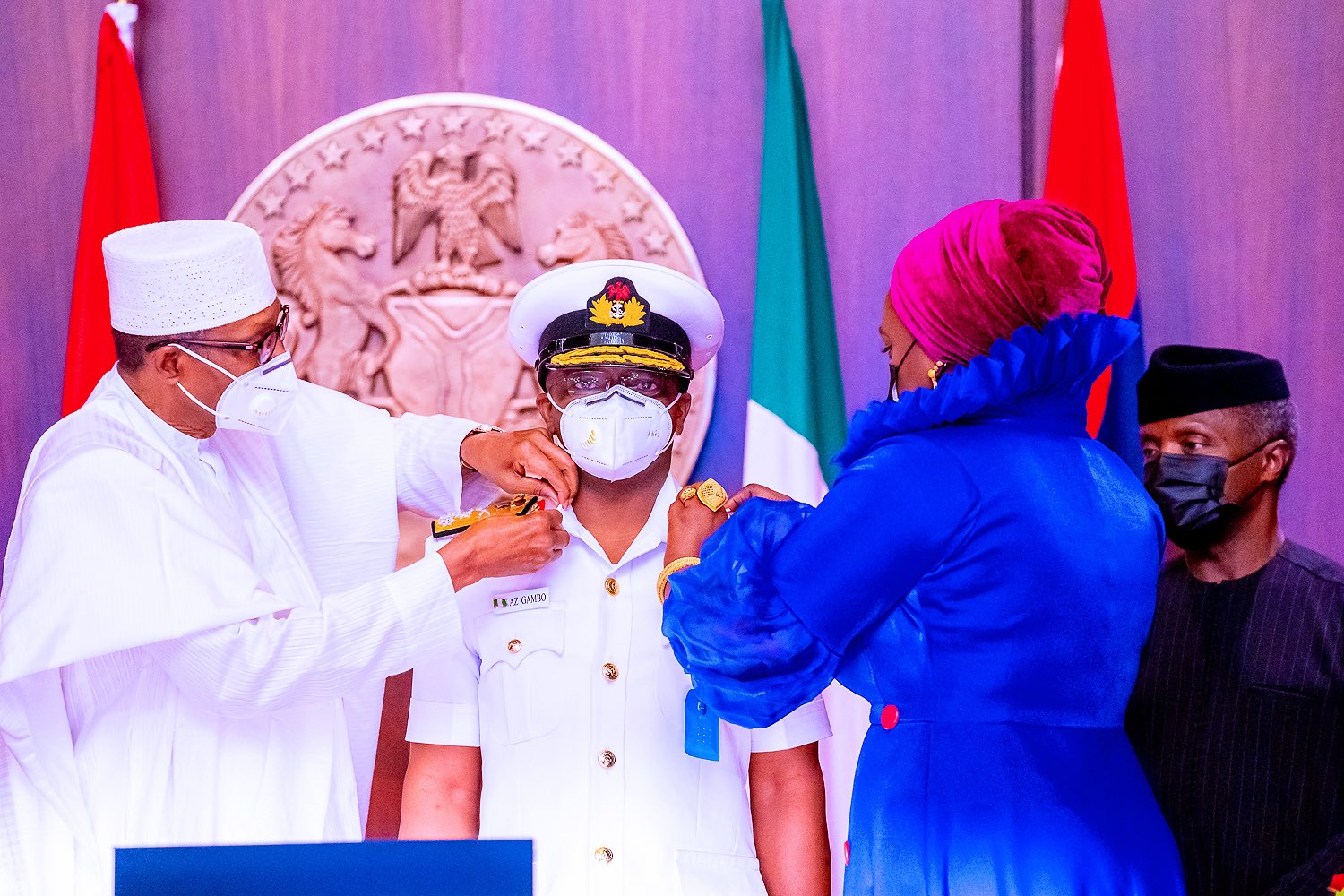 The decoration ceremony was also witnessed by the Secretary to the Government of the Federation (SGF), Mr. Boss Mustapha; Defense Minister, Major-General Bashir Magashi (Rtd); and the Chief of Staff to the President, Professor Ibrahim Gambari.

The new service chiefs were accompanied to the State House by their wives and other senior officers of the Nigerian Armed Forces.

According to him, it was when herdsmen became victims of cattle rustling that they became bandits and learned some of their current acts to be able to defend themselves.

How To End Herdsmen/Bandits Killings – Fayose