By PAVA MEDIA On Mar 10, 2021
0
Share
A Nigerian woman, Ebere Precious Ogbodo, her four children, Rejoice, Merkel, Harmony and Engel have been killed in a fire incident in Jos, Plateau state.

The fire, whose cause could not be ascertained as at press time, reportedly lasted for several hours.

While the four children died instantly, their mother, Ebere was rushed to Dee Medical Centre in Bukuru, but unfortunately died the next day.

Philip Ogbodo, the husband of the 35-year-old woman, who is also the father of the children, said the incident happened after he went out to watch a football match.

Ogbodo said he was on his way back from the football viewing centre when he saw neighbours trying to put out the fire in his house.

The burial arrangement has been announced as the deceased persons will be laid to rest on Thursday, March 4, 2021, at Ndiagu Amodu Awkunanaw in the Nkanu Local Government Area of Enugu state. 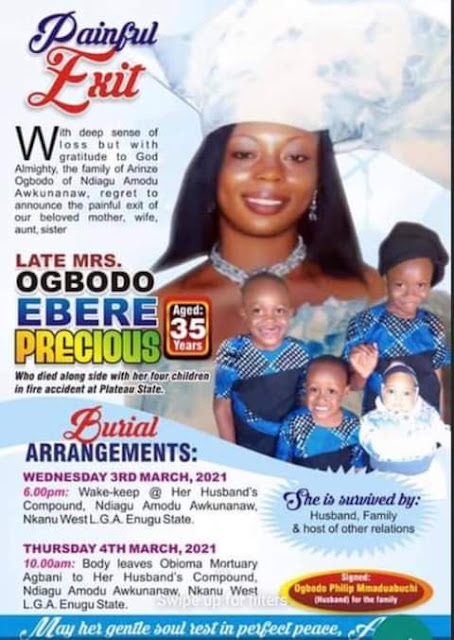 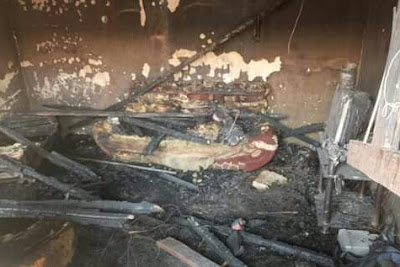 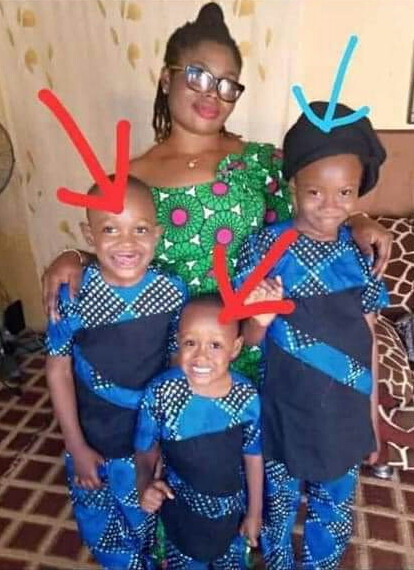